Judge not Lest ye be Judged

After a particularly trying, first season battling an evil Witch in the ABC show Once Upon a Time, the goal of the show’s main characters was to save the Witch from the blood lust of the angry citizenry that sought her out. Throughout this particularly trying first season, the Witch placed all of these characters in a position where all of their lives were threatened in one form or another. One of the main characters, in the show’s second season’s premier, eventually decided to compromise with the angry citizens by suggesting that the Witch should be jailed for her offenses. As anyone who watches modern television knows, the Witch would spend little if any time in behind bars. The import of the confrontation between the main characters and the citizens was that it would be high-minded if the Witch received a more compassionate punishment. We may need to compromise on a punishment, the main characters reasoned, but it shouldn’t be as punitive as the one the one the citizens are calling for. “We’re better than that,” said one of the main characters in reaction to the angry calls of the citizens. “We shouldn’t sink to her level.” 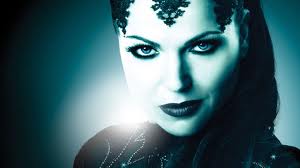 I realize that the show provides an idealistic view of a world, but messages such as these (when repeated often enough) do permeate a culture susceptible to such mainstream messaging. The question I would have, if I were one of the angry citizens in this scene is:

“Okay, we may be in an irrational haze after having our lives threatened, but if our definition of justice is putting her in jail for a night or two, how are we going to teach her how to treat us in the future? What’s to stop her from just doing it to us all over again? How are we going to teach any of the criminals of our society the manner in which they should conduct themselves if we don’t punish any of them for their transgressions?  How do we demand that our citizens act in a civilized manner, if we don’t punish those who violate our social contract in such an extreme manner? How do we teach our citizens how to treat one another if we keep turning the other cheek to everyone who does us wrong?  I realize that we should never judge people, but we’ll have no parameters in our little society if we allow this person to go unpunished.  Our actions today,” I would add, “May result in long-term chaos in the future, if we don’t die in the short-term at the hands of a Witch who has learned nothing from her transgressions … save for the fact that we are irrationally compassionate.”

That latter point would be the one I drove home to the citizens around me. Especially when I saw the camera focus on the Snow White character’s compassionate sigh, a sigh she gave when one of the main characters said “Because I’m still the sheriff!” to those who asked her why she wouldn’t allow the citizens to seek their own brand of justice. “Is this what we’re about?” I would ask my fellow citizens, pointing to Show White’s sighing display of naiveté. “Is this what we’re going to build our justice system around? If it is going to be our goal to engage in a selfish pursuit of compassionate bona fides among those who are good looking emotionalists, then I’m outta here. I had enough of trying to appeal to good looking, anti-intellectual types in high school.”

It may not have been eye for an eye justice to kill the Witch, since she didn’t actually kill anyone that the characters know of, but the import of the scene’s message was that it is high-minded and compassionate to avoid “seeking justice.” While it may be true that the brand of vigilante justice the citizens sought could eventually lead to chaos, couldn’t a justice system built around the “judge not lest ye be judged” philosophy also promote a degree of chaos when it extends itself to a point where no one is justifiably punished in a given society?

The foundation of a society, be it fictional, theoretical, or reality based, is built upon a collection of understandings.  The understanding we’ve agreed upon to define how we treat our criminals can be perceived as unusually mean-spirited and unnecessarily punitive at first, until one slowly begins to pull that brick out of the foundation. If we successfully, and progressively, pull those bricks out, we may feel more compassionate in the short term, but it will provide unforeseen confusion in the future.  We’re talking about a fundamental parameter in a culture’s identity that defines how our citizens are to treat one another.  The fear of consequences for criminal activity keeps the irrational person somewhat rational, for example, in that while they may not decide to firmly grasp the definitions of right and wrong, they do understand the loss of their freedom … If not their lives as the case may require.  We define the crime by the punishment we attach to it, and thereby achieve a uniform, societal understanding of how we are to treat one another.  If we lived in a world where there were no evil people, of course, there would be no need for such parameters, and in the fictional/theoretical worlds there are no “real” good guys and there are no “real” bad guys, so there is no need for “real” punitive consequences.  In the “real” world, however, there are bad guys, and these bad guys need to learn to avoid the temptation of acting badly, or they will be punished.

This talk of the fundamental principles of a given society may seem so obvious to some that it’s hardly worth discussing, but episodes of shows like this one display the fact that there is a constant need to remind.  For, it may not be in the show’s script that the citizens and the main characters ever pay the consequences for such short-term consequences, but it will be for ours if we choose to be influenced by it.

2 thoughts on “Judge not Lest ye be Judged”