What would you do if you scratched an itch on the back of your neck, and your hand came back with a tiny screaming alien on it?  What would you do if another alien, perched on the opposite shoulder, said: “Quit living your life in preparation of disaster!”

Some of those that have witnessed the “progressions” of our society away from traditional, organized religion to Zen Buddhism and beyond, suggest that some sort of progression is inevitable.  Will we ever reach a point where we are worshiping aliens from outer space?  We don’t know, but some have speculated that time-honored traditions, such as the Zen Buddhist’s bird on the shoulder will be replaced by “progressive” symbols for the progressed mind.  Will it ever be that aliens sit on our shoulder, as opposed to birds, that remind us that death is inevitable and unpredictable? 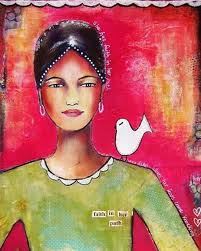 The bird taught us that while some see death as a sad and sorrowful event, others treat the reminder of death that this bird provides, and eventually the alien, as a reason to live.  The alien will be a constant reminder that you’re delusional about your abilities, your likes and dislikes, and anything that you feel makes you an individual. The Alien will remind you that you are merely a product of sophisticated ad campaigns, TV and movie rhetoric, and peer pressure.  You may believe that you are a product of individualistic, free world choices that you have made throughout your life based upon research, knowledge, and free will.  You may believe that you sit atop the hierarchal pyramid of humans that laugh at those delusional humans who are susceptible to marketing campaigns, but you’re not, and the new-age aliens from outer space will remind you that you’re as susceptible to all of this as the know-nothing, follow the crowd guy that you mock in the course of your day.  You may think you’re above the fray, and that you’re not susceptible to all that is preached in our society, but everyone thinks that.  We’ve all become frayed in the same way.  The Alien on your shoulder is there to remind you that you are a nothing more than a member of the pack, the hive, or the crowd of people that think like you do, and it is your new vocation to listen to this alien and learn a little bit about yourself from its interpretation of the collective mind.

This alien may eventually become a “Zod” in your life, but you must remember that he is only perched on your shoulder to advise.  You will remain free to accept or reject his advice with the knowledge that you have made these decisions of your own accord, and any consequences of your actions, based on his advice, are all yours.

One of your fellow humans said it is far easier to entertain than it is to educate, but your alien will try to combine the two in a daring attempt to keep your interest while educating you about you and the world around you.

I now introduce you to the alien on your shoulder.

“Quit living your life in preparation of disaster!” is the first piece of advice that the alien will provide you when you are shocked to learn of his existence.  His sudden appearance, and his entire existence, will be predicated on the collective ideal that God is dead.  The emergence of these aliens, and their deification, will be predicated on a societal progression away from traditional religion, into secularism, and eventually into a belief in anything that will not be far away when the mother ship lands in Lebanon, Kansas, a place chosen for its geographical location in the center of the United States.

At this point in history, an individual that builds a shrine to aliens from outer space is currently looked down upon as an outlier in society, but how far are we away from Total Alien Superiority (TAS) in our search for belief in something?  It will be, “as it always was”  when we reach TAS that the aliens will begin making their appearance on our collective shoulders to hit us with this first piece of advice.

Once the alien makes its appearance, and the evolution to TAS is complete, alien relics will begin replacing the current more traditional, spiritual relics in our homes, churches, and synagogues, and we will most likely develop some form of hierarchy, such as the one portrayed in Superman II.  We will have a Zod, in other words, that we pay homage to, that we sacrifice for, and that we direct the purpose of our daily lives towards.  For the purpose of clarity and consistency, we will refer to the ultimate deity of TAS as Zod in this conversation, since we cannot know what the evolved human of the future will call their god.

Any religion worthy of attaining followers also has their non-believers and heretics, and TAS will be no exception.  The heretics will suggest that TAS is an extreme reach by those that cling to traditional structures and religions norms. Those that suggest such notions are foolish are, themselves, not well-schooled in the field of neurology, for there are numerous findings documented in periodicals such as Psychology Today, and Scientific American Mind, that suggest that the human brain is hard wired to a belief in something, and as our society progresses toward the ridicule of the belief, and worship, of God, we will eventually need to find something to replace Him.  Our brains need a belief in something greater than us, in a manner similar to the way stomachs need food, and if we have no spiritual guidance we will feel a cerebral emptiness and purposeless that needs to be quenched in an anatomical sense equivalent to manner in which water quenches thirst and food quenches hunger.  Human beings need spiritual nourishment in other words, and we will look to any source we can find for that nourishment once God is truly dead in our society.

The quasi-religion that is currently helping us bridge the gap to the eventual progression to TAS is Zen Buddhism.  It is the current, most prominent quasi-religion for those seeking relief from the societal scorn of being religious, and the judgmental rules of a religion, while still feeding the need for belief.

As humans evolve past a deity, and eventually past the Zen Buddhist bird, we will evolve to (TAS).  We will also evolve past the pressure that the bird places on us to live each day to the fullest to one that involves a stress free life without expectations.  We will also evolve our deities past the idea of death to the idea that life can be free of the threat of death if one learns how to live properly.  This deity will not be judgmental, and the eventual, evolved human being will follow suit.  The “Zod” of the alien culture will speak of a life free of money, death, the stress and pressure of living life to the fullest, and it will eventually evolve us back to our metaphysical, primal beginnings where we were once at one with God –now replaced by Zod– equal with Him in a manner only the truly devoted will understand. We will also live the harmonious, drug-induced life depicted in Star Trek’s “The Way to Eden” episode. We don’t know if our women will speak in soft, sensuous whispers in the manner they did in that episode, or if our men will say “man” as a conjunction to break up a sentence and “Daddy-O” to punctuate it, but if Gene Roddenberry proves to be the excellent prognosticator he has been thus far, it’s likely.