We’ve discussed the idea that the human inferiority complex could drive our belief that aliens from another planet are intelligent beyond our comprehension, but we’ve never discussed the basis of our comprehension. The natural instinct when discussing intellect is to gauge it by comparing it to our own. We could achieve some level of comparative analysis by giving the aliens an I.Q. test, but we might consider that an unfair standard by which to judge someone or something from another planet, depending on the test. Another definition of intelligence might be the ability of a being to harness their surroundings to use them for a designed purpose. An example of this might be when humans use every natural and manmade element at their disposal to create a product. When an alien aircraft lands on earth will the product that transports them be born of greater intelligence or just different intelligence, based on different elements from their home planet?

Are individual, modern comedians funnier than the comedians of, say, the 1930’s? Or are they just different? When we watch Abbot and Costello today, we probably don’t find them as hilarious as we once did. A current teen, who has an altogether different frame of reference, might not even find them humorous. Some comedy is timeless, such as the Who’s on First? routine, but Abbot and Costello had a different frame of reference, a different base, and a different mainframe from which they operated.

When the aliens touchdown on our planet, will they be superior intellects, or will their knowledge be so different that we don’t know how to comprehend their intellect? Will they be carbon-based, as we are, or will they be silicon-based, as some science fiction films theorize? Some scientists deem that impossible, as a Scientific American piece suggests that “silicon oxidizes, and it cannot support life.” What if the aliens introduced us to their line of alien products, our intrigue would initially lead us to believe that they’re intelligent beyond our comprehension, but what if their home planet operated from an entirely different periodic table. We assume that all life, comes from a shared mainframe, and when we find out that’s not the case, it will shock us, and lead us to marvel at whatever they do outside human comprehension. When, and if, we find out our assumption that all life operates from a shared premise was incorrect, we’ll be shocked into believing that they’re better and superior, when it could be as simple as just being different. 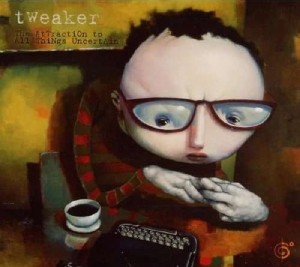 If you’ve read as many interviews with musicians as I have, you’ve run across the one-more-song phenomenon. I’ve read numerous musicians say they sweat blood and tears to compile enough songs to complete an album, only to have some record executive say, “It’s great and all that, but there’s something missing. We need an oomph song to put it over the top. Do you have one more song in you? We want another song to help unify the album thematically. Put simply, we want a hit.”

The musicians greet this directive with resentment and disdain, as they regard the exec’s request as flippant, as if it’s so easy to just write another song, and a hit song at that. The idea that the record exec would approach the main songwriter in such a flippant manner builds resentment between the two, until the songwriter approaches the other musicians and the producer with the request, “It looks like we need to go back to write another song,” in tones that mimic and mock the record exec. “We need a hit, so let’s go back to the studio and write a hit, because we obviously didn’t do that the first time out.” If you’ve read as many interviews as I have, you know that this musician eventually reconvenes with the other players in the studio, and they resentfully write “another song to appease the masters of their universe” and they haphazardly, and almost accidentally, create a song that ends up defining their career.

The conditions of the creation of this throwaway song are such that the artists involved often end up despising it throughout their career. Almost every musician wants the deeper cuts they spent decades compiling to define them and their brand, yet every audience member wants to hear “the hit” that the band spent three days writing, composing, and singing. The song has no meaning to them, yet they’ll spend the next twenty years playing it in concert so the audience will feel like they got their money’s worth.

I’ve read about this happening so often that I think there’s something to it. It can be as simple as the difference between writing a complicated song about the fall of the Roman Empire and a simple ditty they write about their walk to Burger King. For some reason the Burger King piece hits, and their artistic dissertation on the Fall of Rome falls by the wayside. I don’t think it’s breaking news that most silly, little ditties about love and rocking every day and partying every night sell well and the important pieces usually do not. It might have something to do with the fact that people work so hard in their daily lives that when they get off work, they don’t want to think anymore. It might have something to do with the messenger, as opposed to the message. “Who’s this guy, a rock star? I’m not going to take the views he develops between bong hits too seriously.” The difference might also have something to do with the artist, as they try so hard to write an important piece that they try too hard, and it shows.

It’s so difficult to predict what will hit, and most of my favorite artists often say they don’t even try anymore. They probably started out trying to appeal to our interests, but they realized that the best course of action is to create the best art they can, and if the audience loves it that’s gravy. When it happens with a song, story, etc., that didn’t require any effort on their part, the artist can feel the frustration in their answer. The complicated, brilliant works required them to jump through all the hoops of creative expression, and it was as difficult for them to be covert as it is to be overt at times, so they seeded and spruced their creation through the gestation cycle, until they decided it was ready to enter the birth canal. Pffft. Nothing. Then they wrote that little ditty about something interesting that happened to them on a walk to the local Burger King, and everyone went crazy. Writing the former was hard, as the perspective changed six different times, and the artist went through as many as twenty-five edits before they finally reach some form of satisfaction. When they wrote the Burger King ditty, they did it in a day, and they didn’t care about it as much. They’re all their babies, of course, but the artist works so hard on some of their material that they find it depressing when no one recognizes them for how important, intelligent, and well-informed they are. What does any of this mean? No one knows, and fewer care. As I wrote, it might have something to do with an artist trying so hard to write important and meaningful art that their effort shows. It might also have something to do with the fact that these simple little ditties, filled with silly and stupid lines, are more pleasing to hear, and read, because all we really want in life is to hear/read is a number that has a danceable rhythm.