The tenets of psychology, namely those of Sigmund Freud, teach us that we must deal with every tragedy, and every moment of despair, if we ever hope to get past them.  If we ever hope to move beyond them we must be honest about them, confront them, and analyze them ad nauseum, until we achieve greater mental health.  Some of the times, that’s not true.  Some of the times, it’s better to forget. 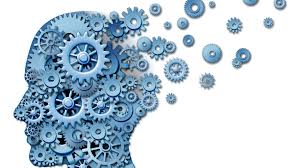 Are you a bad person?  Most people don’t think that they are, and if they did they probably wouldn’t tell you.  But how does one become a bad person?  What’s the difference between a fully formed, moral adult and a bad one?  Some would say that a bad adult is created through a series of events that have happened to them, or the way in which they dealt with them, or remember them.  Some would add that it’s the decisions that we have made in life, based on the series of events that we have experienced.  Others would say that it’s a great stew of the conscious and subconscious decisions we make on what to remember, and what to forget, and that that forms the core of who we are?

This relatively new belief in the healing powers of the mind to forget seems to go against one hundred years of psychological teaching, particularly those involving the philosophies of Freud.  Freud taught us that the path to mental health involved remembering every excruciating detail of our lives, until we reached a point of exhaustion where those details could be properly analyzed and interpreted.  He then wanted us to focus on why we remembered these details, how they should be remembered, and when they should be remembered most often.  Anyone that has visited a counselor, of any stripe, has experienced this concentration.  Most of us have wanted the counselor to move on, but the counselor decided that that the particular event in question was crucial to our growth, and it may very well be the case, but we’ve decided to move beyond it to some degree.  We decided, whether consciously or subconsciously, to forget the event and its effect on our lives.  The psychological community is now correcting itself and realizing that there may have been an element of truth to our complaints.

The psychological community has, in fact, become so entrenched in this apparent evolution of thought, that when they now run across a patient that is not able to forget certain events, after extensive counseling and other treatments, they now believe there may be something fundamentally wrong with that patient’s brain.  It’s an almost complete reversal of everything Freud, and the 100 years of psychology that followed, theorized.

If you’ve ever been under the influence of a heavy drug, say morphine, as a result of an injury or surgery, chances are you’ve relived a horrific moment of your life in explicit detail.  You always remembered that horrific incident on a certain level, as it affected everything you did in its aftermath, but you didn’t remember it on that “enhanced” level, with that kind of detail, until your mind was brought to another state.  Those of us that are blessed, and cursed, with excellent memories found it a little troubling that we forgot anything involving that horrific incident.  If you’ve ever experienced such a moment, you’ve experienced this idea that the mind is keeping certain secrets from you, to protect you from the life you may have lived if you were cursed with living with these details at the forefront of your mind every single day.

Romantic populists provide us with powerful conceits: “I think about the Holocaust every day!”  While most of us think that’s a bunch of hooey, it does give the provocateur a degree of cache we’ll never know.  “How do you know I don’t?” they might ask defensively.  We don’t, of course, but we do know that doing so would make them incredibly miserable people to be around.  We could tell them that they’re probably doing a disservice to the memory of those survivors when they don’t move on and live the lives the Holocaust victims had unceremoniously, and horrifically, taken away from them.  We could say that relatively few of them would’ve wanted to see our lives so burdened by their demise.  We could say that at some point, they would’ve wanted us to just move on.  The truth, for most people, is that they don’t dwell on the negative as often as they purport.  The truth is that the brain works in its best interests, as all organs do, to remove those toxins that might hinder peak performance.

The mind is a powerful tool.  The mind can juggle a multitude of memories.  Some have guesstimated that we can quantify the number of memories any brain can hold at three trillion, others gauge their guesses in terabytes and petabytes, and others say that it’s not quantifiable.  Whatever the case is, most people agree that our resources for memory are limited.  The mind can remember the Pythagorean Theorem, Walter Payton’s career rushing total, Eisenhower’s farewell speech on the military industrial complex, your distant cousin’s birthday, or that wonderful time you spent with your family at the lake, but it can also forget.  It can purposefully forget.

This power to forget can, at times, be as powerful a tool to your furtherance as the power to remember.  To those of us that live relatively happy lives, it could be said that the mind provides the soul a crucial ingredient that it needs to move on, when it decides to forget.  To say that the mind is simply blocking out certain memories seems a bit simplistic when it comes to forgetting those moments of despair, where all hope is lost, and where a person believes that they can no longer go on.  It seems the mind is making crucial, and subconscious, decisions to simply filter out such information to provide the soul some relief from all the guilt and sorrow of the event.

“It is surely human to forget, even to want to forget.  The Ancients saw it as a divine gift. Indeed if memory helps us to survive, forgetting allows us to go on living. How could we go on with our daily lives, if we remained constantly aware of the dangers and ghosts surrounding us?  The Talmud tells us that without the ability to forget, man would soon cease to learn. Without the ability to forget, man would live in a permanent, paralyzing fear of death.  Only God and God alone can and must remember everything.”{1}

The mind also juggles inconsequential items.  Some of us remember all the lyrics of the Britney Spears songs from 1999, but most of us have forgotten them.  Most of us only remember the video, the skirt, and the ponytails.  Very few of us remember the role Archduke Ferdinand played in the outbreak of World War I, but when we had to remember it for the test, it was at the forefront of our minds.  It could be said that the mind only has so many resources –like any laptop, cell phone, or camera only has so much memory– and if we want to add new applications we must clear some extraneous information that we no longer use to provide room for it.  Most of us have forgotten more than we remember about the trivialities of life.  But, the psychological community is largely unconcerned with these occasional slips of the mind.  They’re far more concerned with the remembering and forgetting of crucial information of their patients.  Both, they feel, are mandatory for mental health and vital to mental hygiene.

Are you that annoying type of person that just keeps bringing a horrible memory up to your loved ones?  Have you ever heard the phrase: “Isn’t it time we moved on?” from them.  They say this with loads of sympathy and empathy, but they also say it with some degree of determination.  Those of us that have been hit with this question were almost as devastated by the question as we were the actual event.

You want to deal with it, get to its inner core, and learn that all of those affected are just as affected as you are?  They aren’t.  They’re saddened by it.  They’re lives will never be the same as a result of it, but their mind is telling them to clear the resource pool for an eventual return to happiness, and you just keep bringing them back.  Repeated requests to remember are rejected, until one person gets angry.  They’re tired of you bringing it up at every get together.  They want to move on, but you won’t let them.  The mind has a lot of power invested in remembering, but it has as much power invested in assisting us to forget.

Are you that bad person we discussed earlier?  Are you generally mad?  Suspicious?  Distrustful?  Sad?  Are you someone that cannot let go of the fact that you weren’t raised in a happy, functional home?  Are you someone that feels that you were not afforded the luxuries that most of the people around you took for granted throughout their youth?  Are you someone that dumps a prospective lover before they can dump you?  Are you haunted by the fact that you didn’t spend enough time with a recently deceased loved one?  Or, are you a good person that is generally happy?  Do you consider the path to happiness trying to be better today than you were yesterday?  And is all that defines your demeanor based on your memory of a life well-lived, or could it be said that you’ve forgotten a lot of the events of your life that could be making you a miserable person to be around right now?