As a former AOP (album oriented person), I have finally come to realize that most songs, on most albums, by most artists, are crap.  It’s a tough admission for me to make, especially after decades of fighting against my “single-loving” friends on this very issue. 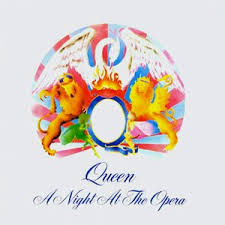 The Beatles may be one of the few exceptions to this rule. The Beatles made about five albums that were almost top to bottom perfect, but then again they had three bona fide songwriters in their group. Those three songwriters could usually write one to two great songs a piece for the albums The Beatles would release on an annual and biannual basis. When The Beatles broke up, these three artists continued that trend.  They would write one to two great songs on solo albums that they would usually release on a semi-annual basis. One of those songs would get extensive airplay on the radio, and we would all run out and buy the album. To our disappointment, there would probably be only one other song on their solo albums that could be enjoyed long-term. A couple of the other songs on those albums were self-indulgent, political rants, and the rest were just filler. Led Zeppelin may be one of the other another exceptions, but they sold their souls to the devil(!), and there’s Queen, but Queen had four solid songwriters in their band.

There are other exceptions to the rule of course, and I’m sure you have them in mind, but were those exceptions the first album your “my guys” made for a major label? If that’s the case, you have to ask yourself how many years of writing went into the making of that first album? If that’s the case, I submit that that first album was a compendium of all the years this artist(s) spent as a struggling, starving artist. Kurt Cobain once said that if he knew what he was doing, he would’ve spaced out all the songs on the album Nevermind, to presumably allow some of those single songs to appear as lead singles for forthcoming albums.

From what I understand of the business, and I understand very little, the first album usually generates little to no money for the artist. The reason for this is that the record company assumes all the financial risk for this unknown artist on first albums, and this unknown artist is usually so eager to sign with a major label that they forego most of their rights. Most new artists have little-to-no pull in the signing process, and most labels take advantage of them on that basis. Most labels are also hesitant to give a lot of money to a new artist, because they know that they will go out and ruin their minds and bodies on drugs and alcohol with all of their new found money. Other than the objective to make the most money they can off the artist, they might also want to keep the artists hungry enough to produce at least one more great album.

After the artist is raped by the label on the first contract for the first album, they’re usually bled dry by the lawyers who seek to rectify that first deal. This gives them the hunger necessary to complete a second album. This second album is usually rushed by the artist, the label, the lawyers, and all of those with their hands in the pot trying to cash in on the success of the first album. It usually sells well, based on the success of the first one, and the critics often label this effort “the sophomore jinx”. The second album usually contains the “could’ve beens” and “should’ve beens” that didn’t make the cut on the first album, and that album usually sounds rushed, sporadic, and often times sub par, but we can’t blame the artist too much for wanting some of the money they missed out on with the first album. If the artist was allowed some time to write a new single, and some time is usually reserved solely for studio time in the world of music –because most artists are not artistic on their time– we may get one marginal-to-good song on this record that would’ve been a better-than-average filler song on the first album.

“Wait one cotton-picking moment here,” you say. “The artist I listen to says that they don’t do it for the money.” That’s just good business. Very few artists, outside the for reals world of rap artists, would tell us that they’re in it for the money. If they believe it is about the money, and for some it is, then they’re probably not very good artists. For those who are quality artists, that love the art form, money is a happy byproduct that pays the rent and the grocery bills. Money allows the artist the free time necessary to concentrate on their craft, and that is important even if they won’t admit it. If an artist is in it solely for the money (or the fame), if they’re being for reals, they’re probably producing the schlock that comprises most of the Top 40. It is about the money though, for those artists who truly know something about business side. They know that that when a customer hands over dollars for product, they’re complimenting such products in a manner that allows the artist to keep producing said products.

Sting once said: “Anyone can write a hit, but it takes a true artist to write an album of excellent material.”

If that’s the case, there just aren’t as many artists out there nowadays. Either that or my patience for half-hearted material has diminished, because there appears to have been a dearth of great albums in the last ten years. My guess is either there are fewer spectacular artists out there nowadays, or we have over-estimated these artists in the music field for decades. Perhaps these artists were never were as intelligent, or as brilliant, as rock journalists led us to believe. I’m not just taking about the members of ‘80’s hairbands in this critique, or the starlet that tries to show off her body parts to remain relevant.  I’m talking about our favorite artists. I’m talking about the seminal artists who have graced the covers of corporate magazines for decades. I’m talking about the artists that the marketing arms of these corporate magazines, and the corporate labels, have led us to believe were complicated geniuses. Maybe they were just better than most at crafting an image, maybe they are not as deep as we perceived them to be, and maybe we need re-evaluate our definition of the term “musical genius” based on the fact that they can’t come out with three decent songs every two years.

If we are to judge an artist based upon their albums, and not their singles, then we have to assume that they’re not very deep. The Beatles came out with nearly three albums a year in the 60’s, and they came out with some complete albums, top to bottom. With today’s artist, we’re lucky if they come out with an album every two years, and as I said those albums usually only produce two decent songs on average. Whatever the case is, I usually make my own albums out of all of the singles and some of the secondary songs released today. The rest of the songs released by these complicated artists are just drivel. Thanks iTunes and Spotify!