I was sitting at an ice cream parlor having a moment with my Brother and his two boys. I remembered how my Brother and I sat at this very ice cream shop with our Dad when we were the boys’ age.  I remembered how special those moments were to me at the time. My Dad had just passed at that point, so my memory may have been a little romanticized, but I didn’t care at that moment. I just enjoyed the tranquil moment for what it was, and what it used to be for us. I wanted this to be a moment for me and my Brother, but I also wanted this to be a moment that the boys would look back on with the same fondness I had. I wanted this moment to be as beautiful as the moments I had in the past, so they could be moments we looked back on in the future.

If we were all in a science fiction movie, and I had the ability to transport in time, I may have shut down the system with all of the simultaneous time leaps I was working through. The rapid leaps through time may have combined with all of the memories to cause a foreign substance to congeal in my brain until an embolism set off warning signals in the programmers’ algorithm, and forced them take me off the grid for my well-being. 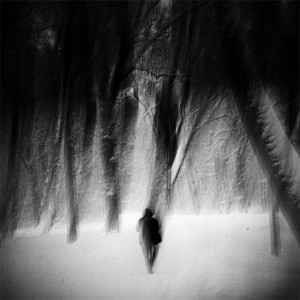 We are always manufacturing memories for good and evil in the past, present and future. We recall a time when Missy McNasty said something awful to us.  We remember how that comment ruined a future moment we had with Patty Pleasantpants, and how that could’ve been a beautiful moment the two of us shared, frolicking through the aftermath of used cups and popcorn boxes of a minor league hockey match. Missy wouldn’t allow us to enjoy that moment with her previous comment. It just ruined the mood for us, and it ruined that moment. We wish we could go back in the past and tell Missy what an equally awful person she was, so the next time we frolic with Patty we can laugh, and be happy, and have a great and memorable moment. Plus, we think if we could start confronting Missy types more often, we could be happier people in general.

The idea that we consult our memory for mood is a construct that we devise for ourselves in the present. We normally love frolicking through used cups and popcorn boxes of a minor league hockey match, but for some reason we can’t enjoy that moment in time. We know that we shouldn’t let Missy’s comments get to us like we do, but we can’t help it. We can’t enjoy happy moments when we decide that we’re going to be miserable.

You read that correctly, we decide to be miserable and happy based upon the memories we decide to construct at the time.  If we decide were going to be happy today, we will construct good memories that allow us to be happy. If we decide that we’re going to be in a bad mood today, regardless how much fun we’re having, we’ll construct the bad memories that we need to create to support the bad mood we’ve decided to be in.  We select memories that we’re going to construct. It’s a tough concept to grasp, and we normally use the term “selective memory” as a pejorative to describe someone that puts everyone else in a bad light while casting themselves in a favorable light, but if recent findings in psychology are correct, we all have selective memory.

In the paragraph above, I originally used the word ‘consult’ more often than I should’ve when writing about how we select memories, for it’s an incorrect term to describe how we remember. When we remember we don’t consult a memory bank, so much as we construct one…on the fly…regardless of the moment we’re in. We’re in total control of what we think, regardless what we think.

The incorrect word ‘consult’ also gives the image of one going to a video vault to find a specific memory, or going to a file on a hard drive. Memory is selective in a sense, but it is a selective in the sense that we reconstruct memory rather than reproduce it.  At the hockey match, we see someone who is wearing a David Bowie T-shirt, this reminds us of Missy McNasty, the David Bowie fan.  We can’t help but think about the awful thing she said to us, and we’re in a bad mood.  You were not in control of that memory, because it was right there in front of us.  To this degree, you’re not in charge of what triggers memory, but you are in total control of the construction team of your brain that puts the memory together.

This isn’t to say that all memories are incorrect, but they can be influenced. If memories were files from a hard drive that we simply had to locate, we would never be incorrect once we located them. If memories were videos from a video vault, we couldn’t enhance a memory to be happy and undress a memory to be sad. When we construct the same memory two different ways, depending on our mood, it should be obvious to us that we’re constructing these memories on the fly, but we usually qualify our minor errors by saying, “Well, that’s just how I remember it.”

How many of us have heard a friend recount a moment we’ve shared with them, and those memories run contrary to how we remember them? How many of us have believed that that friend was lying? “He knows how it happened,” we tell a third party. “He just knows that how it really happened makes him look like a fool.” How many of us have confronted that friend, only to find that they were genuinely shocked at the manner in which we remember things? It happens all the time, and some of the times they’re not purposely lying. They’ve just constructed their memory to keep them happy in their world. It may be delusional, but it happens to us more often than we might think.

Talking heads often speak of a narrative that a politician creates for the voters. The narrative that the politician creates is the story of what happened as they see it, or as they want you to see it.  The narrative usually contains a grain of truth to it, for if it didn’t we would locate all the Lego pieces in our bucket that refutes everything the politician said. A smart politician, with a smart team of advisers and speech writers, will assemble a narrative, that has just enough truth to get us nodding our heads in agreement with what they’ve done in the past. They will then add a wrinkle to the narrative that enhances our memory and in doing so they add a memory to our Lego bucket when it comes time to vote. They will then repeat that enhanced narrative so often that it creates a construct in our brain that is almost impossible to defeat by those who remember things differently. With politicians, and their narratives, we all have selective memories. If it is a politician that we favor, we decide to remember the past in the light the politician provides, but if don’t favor them we may construct a memory that runs counter to everything the politician tries to tell us. As McRaney says throughout his book, we’re not as smart as we think we are when it comes to our memory.  Memories can be influenced, manipulated, refuted, and changed entirely.

He started screaming for no reason. He started rough housing with his younger brother, he started disobeying his Dad and talking back.  He started screaming for more ice cream, and he did anything and everything he could to be unruly. I would’ve never done such a thing. My Dad would’ve tanned my hide. Especially in public, I thought. I would’ve been more respectful to those around me, I thought. How dare he ruin this perfect moment was my first thought.  He’s ruined our moment, my moment, and I was angry at him for that.

Until, I started taking a more realistic look at my past. I started to remember that I was just as unruly as my nephew at his age, in this very same ice cream parlor. I remembered being bored, just sitting there, while the adults tried enjoy a moment of tranquility. My juvenile mind had been racing at a hundred miles an hour trying to create excitement for myself, and I wanted more ice cream, and I started rough housing with my younger brother just to make something happen. When I got in trouble for doing it, I started to mouth off, until a screaming match ensued, and my Dad marched us out of the place angrily. I ruined that moment, just like my nephew ruined this moment.

I was no different than him at his age. We both suffered from the oldest boy syndrome of seeking attention by selfishly trying to entertain ourselves by being naughty and unruly during the slow moments, with no respect for the others around us who are trying to enjoy a moment of tranquility at an ice cream parlor. Prior to my nephew’s outburst, I had been constructing a narrative of the pleasant moments of my life that were, in retrospect, not as pleasant as I wanted to remember them being.

2 thoughts on “If I Could Just Have a Moment”