Who are you, and how close are you to becoming a monster?  Are you a rational, quiet individual that wouldn’t harm a fly?  If you are, and most think they are, why are you so fascinated with the talk of monsters?

If you’re one of those that shout “Just kill the guy!” at a movie screen when some fella comes along and “fronts” your main character, how close are you to handling such matters in that manner?  “Don’t take that stuff!” we shout. “Kill him!” While we must take into account that this is just a movie in our scenario, and you’re just an audience member when you do this, we must also consider how many of us go to those movies that “do” what we would love to do in the confrontations of our life?  How close are we to those with a penchant for violence, and why do we enjoy these movies so much? 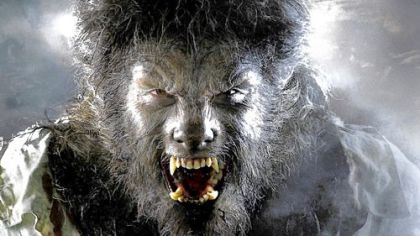 What is a monster, and what’s the difference between them and those that would never purposely harm another individual?  The reason we developed fictional monsters in the first place, writes author John Douglas in his book Mindhunter, was to give us some distance from this question.  We’re human, they’re human, and what’s the difference between us and, say, a good looking, well-educated, and seemingly benign person like a Ted Bundy?  They’re monsters, said those 19th century people that understood the complexities and vagaries of the human mind far less than we do.  They may seem unassuming now, but if a full moon rises, they change into a monster of inexplicable horror.  They’re not like us after all.  PHEW!

These people had some idea that some, seemingly benign people can have mental health problems on a scale that they may end up hurting someone, but the idea that it could be as a result of a natural chemical depletion was foreign to them, so they needed to think that there was some form of distance.  They didn’t understand the resultant effects injuries can have on the brain; effects of enzymes levels, like dopamine and serotonin; effects of heredity and rearing; and they probably didn’t want to know such things.  They didn’t want to think that they were that close to those they labeled heinous monsters, so they turned to the world of fiction to give them comfort from these thoughts.

When we talk about monsters, in this modern era, we all know who we’re talking about.  We’ve all heard, read, and watched the stories of mass shootings, and we’ve all watched with open mouthed awe, from a comfortable distance, but at a certain point in the media saturation of these stories, some of us begin to wonder where we truly lie in the aftermath of these horrible tragedies?  Who are we, and how close are we to becoming that which we fear most?

We’ve all read the books in the True Crime section of our local book stores and libraries that will start with the “It could be you” narrative, that details how a normal, Midwestern, and religious small town white boy became an assailant.  His story is not that much different than ours, the theme of this narrative suggests, and this just opens our mouths wider and causes us to flip the pages faster.  How close are we to this truly horrific creature we’re reading about?  What was that different about their upbringing, their daily lives, and the thoughts that led to these horrible acts?

At some point in their maturation, these assailants chose a path that separated them from us, but this point of separation didn’t usually occur in one, solitary event.  There isn’t, usually, a substantial fork in the road that we can point to that says, “That’s where he and I differ.”  Most true crime authors don’t let us off the hook that easy, for that would be a simplistic reading of their complex, yet simple character, and they’ve written a whole book on the subject, so you’re simply going have to get to a half a bun on your chair while reading this book what could be more about you than you know.

If the author does provide some sort of separation it’s usually, and purposefully, murky.  The gist of the story that “this could be more about you than you know” is the reason most of us bought the book in the first place.  Some may have made the purchase based solely on the sadistic, or voyeuristic, interests in reading about torture, mayhem, destructive viciousness, and psychopaths, but most of us want to know about the separation.  Most of us want to know why we haven’t gone on killing sprees, or at least what makes those who do so different.  It could be that there actually is no separation, or it could be that providing unquestionable and substantial proof of the separation will lose the reader.  Whatever the case is, we continue to buy these books in pursuit of a truth or an explanation regarding why some fantasize about violence in the dark recesses of their mind, and why some act on them.

Disgusted by the insanity defense, a friend of mine said: “I think we can go ahead and say one thing that is not debatable, and that is that anyone that would take the life of another is, at least, a little insane. To resort to taking another man’s life as a form of problem solving that requires, at least, a temporary degree of insanity that I’ll never know.”  Does one have to be insane to take another person’s life, especially if the matter at hand is somewhat innocuous, or is the determination of that person’s insanity a way of distancing one’s self from having to deal with the fact that they may be a lot more like us than we want to explore?

This mystery of what separates the rational from the irrational and the irrationally violent is not modern, and in some cases it dates back to early man.  Mary Shelley wrote Frankenstein in 1821; Bram Stoker wrote Dracula in 1897; and references to Werewolves were written in ancient Greece.  Trying to understand why man acts in the manner he does has fascinated other men for as long as we’ve been on the Earth.  It has fascinated some, titillated others, and repulsed many so much that they don’t even want to talk about it.  Those that are repulsed by such discussions believe that we are humanizing these monsters by giving them such play in the media and medical journals, and that we are giving them exactly what they want by broadcasting everything about their otherwise, anonymous lives.

We’re all fascinated with violence to some extent, some just may choose to distance themselves from that fascination that they don’t want to explore it in anyway, but is the person that is interested in exploring the differences closer or further away from the separation than those that aren’t?

Why are some prone to purchase a Rottweiler, or a Pitbull, and others a Poodle?  I know, I know your Pitbull is not violent, and you’ve raised him well in a happy home, and he wouldn’t harm a fly.  He’s just Ralphie.  He may be Ralphie now, but he wasn’t always Ralphie.  He was once a … Pitbull!!!, and if you’ve read or heard any stories about them, then you know that Pitbulls have a propensity for violence.  I know, I know, you’ve heard stories about the propensity that the Chihuahua has for violence, we all have, but how many “Chihuahua bites man” cases have come before Supreme Courts?  How many Supreme Court justices have found the Chihuahua to be “inherently dangerous” as they did the Pitbull in a case before the Maryland Supreme Court?{1}  The Chihuahua may have a propensity for violence that matches, and in some cases exceeds, that of the Pitbull, but does anyone care based on the capabilities of the Chihuahua?  The point is that potential owners are attracted to the potential and the capabilities of the Pitbull, and in this writer’s humble opinion, they love explaining that away too.  If it truly is not the case that you are in some way attracted to their potential, why didn’t you just pick a Poodle, or a Puggle?  They’re boring.  But why are they boring?  Why are there so few documentaries done on the anteater compared to number done on the shark or the alligator?  Why is Shark Week an annual event on The Discovery Channel?  Why do some people love the books of Stephen King, the movies of Quentin Tarantino, and violent rap music, while others read Dickenson, watch Wes Anderson movies, and listen to Brahms?  Some are simply more fascinated with the propensity to violence?  How close are they, and does owning a Pitbull give their owners greater distance from this potential, or does it tweak their fascination with it?

This article is not intended to be a tedious, Phil Donahue-style exercise in moral relativism, but an examination for why we are fascinated with violence and the tenuous line that exists between those that act on their fantasies and those that are fascinated by that tenuous line.  If you have a quick and easy answer for where you stand on that line, how did you arrive at that answer?  And why are you able to pull it out in such a quick-draw fashion?  Does it provide you comfort to have this answer at the ready, especially when it didn’t require much examination in the first place, or is it just easier for you to live the unexamined life?  Do you know yourself better or less than those of us constantly in search of answers?  Are you confident of your answers, or are you so insecure that you can’t stand the questions, and you seek a fictional depiction of a heinous creature to give you a comfortable distance?  Who are you, and how close are you to becoming that which you fear most?