Bill Cosby had a show called Kids say the Darndest Things, and they did say the darndest things on the show. We all did at that age, but we all knew that we would have to grow out of that if it was our goal to be taken serious. Those of us who wouldn’t, had to be institutionalized into the ways of human operations (i.e. school), if we ever hoped to mature properly. Some of us matured into good business assets, fathers, and occasional games men. For the most part, however, those fantastical ideas were required to be laid by the roadside in the pursuit of a quality, adult life.

Some of us remain trapped in a fantastical mindset, and while we led a good life, and had a good wife, we haven’t matured to the point that we can meld a serious life with a fantastical mindset. We all know people who cling a little too much to fantasy, and while we try not to think less of them, it can prove difficult to take them serious. These people are apt to have an unhealthy addiction to gaming, science fiction, vampires, and now zombies. These people, depending on the progression of their fantastical mind, often have little to nothing to offer corporate America. 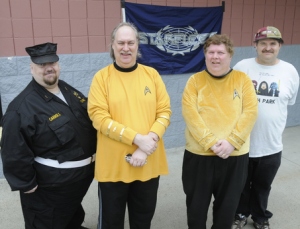 Others have all the foolishness of unconventional thinking, and fantasy, behind them early on. They are often children of ultra-serious parents who want their children devoid of foolish thinking. These people eventually get so locked in on serious, or conventional, ways of thinking that they end up neglecting that part of their brain that indulges in fantasy, art, and creativity for so long that they ignore a huge ingredient of what it means to be human. They eventually veer so far into the serious side of life that they become disgusted by creative thinkers. They “don’t have time” for such silliness. They have developed the tunnel vision necessary to compete in the corporate world, and they can’t understand people that don’t have a master plan. These people usually have a mathematical equation for life.

They prefer the absolutes inherent in the Superman story over the cloudy interpretations offered to the Batman character. They prefer the concrete absolutes of standard music over any creative music that messes with the formula, and they prefer the more standard comedy of Everybody Loves Raymond over the comedic study of intangibles on Seinfeld. These are bottom line people who will tell you all you need to know in life to succeed are two words: “Yes sir!”

At some point, this type usually crashes and burn under the weight of all that seriousness. The purchases they’ve made to substantiate their status begins to lose their luster, the family no longer interests them in a substantial manner, and the career they’ve worked their whole lives for has suddenly become meaningless to them. When they reach that point, they either seek the fantasy of an adulterous affair, a job change, or a move to another state. At some point, the master plan loses value, and they become perpetually unsatisfied with their direction. These people can be just as unhappy as the fantastically minded, and neurologists say that the only thing keeping them from utter insanity is the fantasy they experience in the dream world while sleeping. Everyone tells artists to have something to fall back on, in case their creative pursuits never come to fruition, but you rarely hear anything like this directed at conventional thinkers that succeed in conventional ways with nothing fulfilling the side of their brain that contains healthy ingredients of play and fantasy. 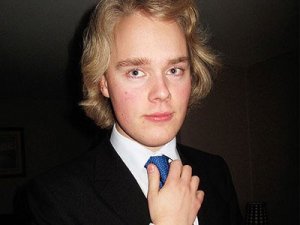 Some, like CEO Steve Jobs suggests that anyone unable to reach their creative peak, should try hallucinogenics. This statement made some creative types think that Steve Jobs wasn’t as creative as we had all been led to believe. It made some of us think that he views creative types from the same, jealous distance conventional thinkers view creative types. How many times have we heard non-creative types assign drug usage to creative types? “They had to be on something to achieve that,” they say. “No normal human could create something like that, sober.” Those of us who have flirted with creative thought encounter epiphanies on a much lower scale, know that the mind can be mined with constant work, and it can produce incredibly creative thoughts without artificial aid. Jobs’ comment was such a shock from such a creative mind that we wondered how creative he is. If he were that creative, why would he feed into that cliché?

Those who know the story of Apple, know that Steve Wozniak was the creative genius behind the Apple I and II, and he had a major influence on the Apple Macintosh. We didn’t know the instrumental role Jonathon Ive played as the chief architects of the iPod, and that he was a part of a team that included: Jon Rubenstein, Scott Forstall, Michael Dhuey, and Tony Fadell. We learned that while Jobs may have overseen the project, these names were the creative types behind the final product we know today.

Jobs’ role in the insurgence, and resurgence, of Apple is unquestioned, but the undue credit he received (see took) for the iPod outraged those on the creative team that sweat blood over it. Jobs was the leader of the company at the time, and he changed the company’s culture to “think different”, and he eliminated distractions to provide more focus. He may have been overly demanding with the aesthetics, the processes and the machinations, and he may have remained stubbornly unsatisfied with what he termed “unfinished” products. He may have gotten more out of his creatives than anyone in his market, and in the end he was the “guy in charge” of the company that created something that was unmatched in its field, but Steve Jobs did not deserve the amount of creative credit he took for the products it produced. And some creative types were partial to the complaints his creative teams made, after Steve Jobs said all creative types should take drugs to increase their creativity.

The primary reason it bothered us is that it’s the typical charge that all conventional thinkers make about creative types that create something conventional thinkers consider inhumanly creative. I don’t know if this “They had to have been on some wild drugs” cliché began with The Beatles, but it does appear to be one of the origins of the charge. The other reason that it bothered creative types is that it allowed non-creative types to feel more comfortable in their serious, mathematical world: “Well, I could create something like that too, if I decided to take all those drugs.”

When it first came out that Led Zeppelin sold their souls to the devil, this made sense to a number of my friends, because, “No one could come up with that many great songs on their own.” When these friends grew out of such fantastical notions, they changed their minds on the subject saying that “corporate guys, or unaccredited songwriters, must have stepped in there and changed, mixed, altered, or finessed the final product, because there’s no way Page and Plant wrote all those songs alone.” Or, they say, “They must’ve been stoned out of their minds to think up things like these.” It bothers creative minds, because we know it’s possible to reach unbelievably creative planes without artificial substances, and those who have tried some artificial substances don’t see how an altered state of consciousness can lend itself to productive creativity. It’s been our experience that that artificial creativity is mostly nonsensical. 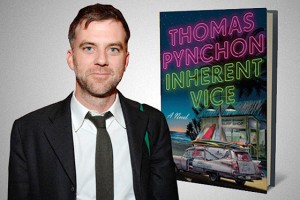 It could be that continued use of hallucinogenic drugs teaches one to finesse creativity in an altered state, but most truly creative minds only experiment with altered states, and most of them found that it didn’t enhance their creativity. Unfortunately, in the case of The Beatles, and Led Zeppelin, it appears as if they either created, or fed into, this misconception.

That cliché was born, in my opinion, based on the frustration that non-creative types have for those that are excessively creative. These people can accept that a bunch of fellas could sit around and write Back in Black, or Eliminator, but “You’re trying to tell me that three guys (John Paul Jones) came up with Led Zeppelin II, Zoso, and Physical Graffiti? Sober? With their souls still intact? Come on!? There’s just no way.”

Some non-creative types make the same charge with Albert Einstein. They state that the autopsy performed on Einstein’s body showed traces of LSD, as well as Dimethyl-triptimene in his system. They also state that his heart exploding could’ve easily have been caused by years of cocaine use. This led all non-creative types to almost leap with joy, as it confirmed for them the fact that no one man could think all that stuff up, not sober, with his soul intact. As we all know, these opiates were common, at the turn of the century in medicines and painkillers, so the fact that they were in his body, at the time of his death, doesn’t necessarily indicate that Einstein used them recreationally, or to enhance his creativity. “It was still in his system,” non-creative types would argue, “and whether he took these opiates for medicine or recreationally, it’s possible that it affected him.” It’s also possible that it didn’t. 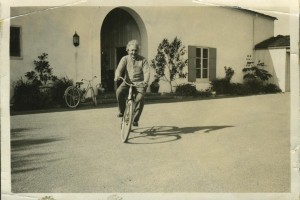 Einstein also said that playing the violin helped him make sense of the universe by helping him make a connection with sense-experiences. Is that something a drug-user would say? Perhaps, but here’s something that could blow your mind, so if you’re not prepared for it read no further, but it’s possible, possible that a person could indulge in different thoughts so often, that they produced creative ideas that are unimaginable to those who have never indulged in creative thinking.

“Insanity is doing the same thing over and over again and expecting different results,” Einstein once said to define insanity.

Einstein thought differently, and he thought so differently, so often, that he was able to approach the problems from so many different angles that he ended up approaching these problems in ways conventional thinkers couldn’t fathom. They still can’t fathom it, so they suggest that it had to be drugs.

Those of us that have read extensively of the creative process know that the creative process doesn’t usually involve highlight reels, similar to those of athletes, and they usually don’t have fans in the stands that “were there” when the star was born. Most creative people came about their matured creativity naturally, for creativity cannot be taught. It can be workshopped, and it can be finessed day by day and interaction by interaction, but no one can teach another person how to be brilliantly creative. For that reason, and for all the reasons listed above, creativity remains a largely unexplained phenomenon, but it sits better in conventional minds to think that the only thing that separates them from thinking creatively is the use of drugs.