Rule#1: If you have any respect for comedy, you should avoid trying to be funny. Comedy should almost be an accidental afterthought. It should be what happens in the course of numerous rewrites. A good one-liner is hard to find, and it usually falls in the lap of the unsuspecting. It’s rarely among those first thoughts that occur in a first draft. Those one-liners are often born and bred into you. It’s often what those who know your sense of humor find hilarious. It’s usually based on what you do for a living, and all of experiences you’ve had in life. Some of us may see where you’re headed, but most of us do not … not to the point of finding humor in it. Those jokes that you write that are more universally hilarious are probably either directly, or indirectly, ripped off from some other, more universally accepted vehicle. The path to the more honest, organic place of comedy is often found within a serious piece that takes twists and turns before that piece can be declared complete. It can also be found in bits that you add after rereading your completed, serious piece so often that the words bore you. It is also usually found the day after, the week after, the month after you’ve achieved the degree of objectivity necessary to land an honest and pure line that is funny in a more universal manner.

We all think we’re funny, but even the best of the best stand-up comedians will tell you that they rarely get it right in their first draft. They test their material before live audiences, and they shape, craft, and hone it based on the audience’s reactions. A writer usually does not have the luxury of a live audience, so they must trust their instincts, and as any experienced stand-up comedian will tell your instincts are almost always wrong. As a result, you need an audience, and if you’re unable to find one, the only substitute you have is an objective perspective that can only be gained through the amount of rewrites it takes to achieve it. 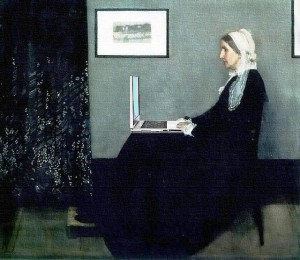 Rule#2: If there any writers reading this blog in search of one useful nugget, let it be this: We don’t care about you, and we’re not interested in what you think. Your modus operandi (M.O.) from this point forward should be to manipulate your reader into believing that they’ve arrived at your opinions independently.

Uninteresting way: “I like fruit better than candy. Who doesn’t? You put a strawberry Twizzler in front of me, and a beautiful piece of nature’s own, and I’ll take the piece of fruit every time. It’s healthier, it’s succulent, and I would much rather support the strawberry growers association than some huge monolithic, candy corporation that doesn’t give a fig about my health.”

Interesting way: “Thanks to the innovations made in chemical enhancement, and the machinery on the production line adding a precise quantity of these chemicals to every licorice strip, every single Twizzler you eat is going to be perfect. Twizzlers, therefore, have the advantage of consistency, but what does this type of consistency achieve for the consumer? Is a twenty-seventh Twizzler licorice strip going to taste any better than the first one you eat? A strawberry, on the other hand, has a certain inconsistency inherent in Mother Nature, and that inconsistency may lead to a greater belief in the quality of its gems, through scarcity, but I find it hard to believe that anyone can eat a perfect strawberry without thinking it’s better than anything man has attempted to reproduce in a lab.”

Both of these versions contain variations of an opinion, of course, but one is so over-the-top that it does it little more than tell us what the writer thinks. The attempts to persuade are so loaded with an agenda that some readers may rebel, and those that agree will only have their biases confirmed. No reader will leave the piece believing that they have learned something new, or that the writer has used some ingenuity to express a point. By limiting the piece to what the writer thinks, they are telling us that don’t care what we think. The import some readers will have is that the writer is a wonderful person, and they’ve finally found a vehicle for spreading the word.

Rule#3: We are not interested in your process. “You may be wondering how I came about this brilliant blog … ”  We’re not. “A friend of mine asked what I thought about some take a famous person had on an extremely controversial topic, and I said this, and she said that, and this ingenious blog is my response to that.” Some people are curious about the creative process, I’ve seen them ask about it in various replies. Most aren’t. If you become famous, or you create a piece that generates a lot of interest, there may be some call for the minutiae regarding your process, until then try incorporating the delete button into your process a little more. It may help you get to the point a little quicker.

Rule#4: Try to be succinct. Though I’m sure that some may find it hilarious for me to tell anyone to be succinct, my M.O. is to express my thoughts as succinctly as possible. I do have trouble limiting the number of words in my pieces, and that may be my failing, but I do make that attempt. Venture out into the blogosphere and you’ll find numerous bloggers that do the opposite. They stretch a point out to the 1,500 word, universally agreed upon length of substantial pieces.

These blogs, make me think of that scene where a TV director signals the news anchor to stretch a segment out, with banter, to fill time until the next commercial break. Sports radio appears to have been founded on this concept. These venues attract people that can blather in such a seamless manner that the audience doesn’t even know they’re being blathered. One of the keys to being considered talented enough to fulfill such duties appears to involve being able to say the same thing over and over with varying inflections to keep the key demo watching through the twenty minutes of commercial breaks that occur in any given hour. Me thinks that some bloggers get caught up in this definition of talent, and they attempt to duplicate it with banter and blathering.

Rule#5: Be provocative. Some may read that word and believe that it is specifically devoted to shocking the reader into questioning their moral fiber, but I prefer to focus of the base of the word provoke. Provoke your reader into thought by leading them down a road that they may have never been down before. There’s two schools of thought on this. One is to come up with breathtakingly original material that no one has ever considered before, but this one is difficult if not impossible to do on a continual basis. The more opportune avenue is to take a relatively common idea and put a spin on it that few have considered before.

The most common avenue for achieving this is to take an event from one’s own life and attempt to provide a unique spin on it. If you are going to include your personal opinions of these events, you should do so within the context of the narrative. The best role I’ve found for the ‘I’ character in these pieces is that of the straight man looking out on the madness that surrounds. Your thoughts, if you feel the need to include them, should occur soon after the reader has arrived at that opinion. At that point, you can decorate with jokes of obviousness, or extreme analogies that exaggerate the already arrived at opinion. The latter should not be done from the new age, clever “I’m so dumb it’s entertaining” perspective that so many bloggers now obsess over.

We’ve all read those “A Day in the Life” blogs that are specifically not provocative, go nowhere, and contain nothing funny or substantial. Judging by the hundreds of replies that say nothing entertaining in return, they’re quite popular. I’ve often wondered why people read these blogs, but they have apparently tapped into some sort of universal appeal that I cannot. The basis for these otherwise mundane blogs is to set a base from which the author can make leaps into humor or ingenuity, but the reader has to click on the blog first, and they do, and the whole cycle proves that I may be so dumb that it’s entertaining, because I don’t understand why anyone would purposely click on the 101 things my cat did when they heard the can opener blogs.

2 thoughts on “How to Succeed in Writing X: Blog Writing”