Self-Portrait is the tenth studio album of Bob Dylan’s catalog, and in my opinion, his most personal. Some say Blood on the Tracks. I say Blood on the Tracks captured a brief time in Bob Dylan’s life, but Self-Portrait appears to tell the musical tale of the influences and history of Bob Dylan to that point in his career, dating back to his early days in Minnesota and his early years spent in New York. I believe the album showcases the artistic heritage, through original pieces and cover songs, that led to Bob Dylan wanting to be an artist in the first place. I believe this album was such a personal note to Dylan that when the criticism hit the fan, it cut deep into a man that didn’t know negative reviews at that point in his career, and this led him to try and create some distance between himself and what I believe to be his most vulnerable album.

This is a subjective review of one album in Bob Dylan’s catalog that accounts for the top-of-the-line brilliance of what some critics simply call “the fifty-six songs” from the five albums that preceded Self-Portrait. This reviewer was intimately familiar with those albums prior to listening to Self-Portrait, but Self-Portrait was so maligned that I didn’t even bother investigating it. This review is also based on the advantage of coupling Self-Portrait with the Another Self-Portrait album from the Bootleg Series, an advantage some critics may say is unfair since the latter provided clarity on the former. This review is also made from the vantage point of viewing this album as nothing more than another album. The critics, of this era, were used to nothing but top-of-the-line brilliance from Bob Dylan, and in that light they viewed Self-Portrait as a legendary failure, when compared to the first nine albums. 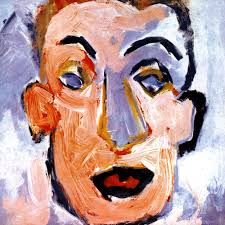 Self-Portrait, as I see it, is a collection of songs that didn’t fit into Dylan’s prior albums. It is a pastiche album in the manner The Beatles’ The White Album, Led Zeppelin’s Physical Graffiti, and Pavement’s Wowee Zowee albums were pastiche albums. There is no over-arching theme to such albums, no cohesion between songs, and the entire effort appears –to the naked eye– to be a throw off, at least in comparison to the artists’ other, more structured albums. The danger of pastiche albums, for their artists, is that their appeal will often be exclusive to other artists. Devout fans may even be disappointed by a pastiche album, for a devout fan is devoted to the artist for reasons that a pastiche album may not satisfy. Even in the selections of which songs to cover, and how to translate them, the artist reveals themselves on a level they may not have on prior albums.

When a musician lands a record deal, their first album is often an assemblage of songs that could be called a greatest hits collection of everything they’ve developed to that point. It’s the best of the best material they’ve written in an effort to land a record deal, and the reason they were signed in the first place. This is often followed by the demand for a second album, an album that tends to be a rushed effort that seeks to cash in on the success of the first record. Somewhere along the line, and this point in an artist’s career varies with the artist, as it did with Bob Dylan, they move past the more top-of-the-line, flowery brilliance of their work to their roots. If the artist is a true artist, as opposed to being little more than a rock and roll star, and they’ve been writing material at the pace a true artist will, they will accumulate a wealth of material that carries special meaning to them, and as we’ve seen with the Bootleg Series, Dylan was more prolific than most gave him credit for. For reasons specific to the project, the recording chieftains, the producer of the record, etc., these vagabond songs never made it on the prior albums, but they continued to have a special place in the artist’s heart.

It’s vital, at this point in an artist’s career, that they achieve something in their industry with their top-of-the-line, creative brilliant creations that allows them to be immune to studio chieftains’ and rock critics’ complaints of such an album. It is a bold move to release such an album, and the artist will need this immunity, and a level of confidence in their ability that leads them to be less vulnerable to outside opinion.

Bob Dylan was at a point in his career where he could release whatever he produced, but he was not immune to the criticism from the critics. Bob Dylan chose to portray Self-Portrait as a statement of rebellion against the ‘voice of a generation’ moniker he had received, and he made various other statements to distance himself from the album, but I believe that these statements were defensive statements made to avoid revealing how much pain he felt as a result of the album’s reception. After reading through a number of Bob Dylan’s explanations for creating this album, or putting it together, I find myself empathizing with Bob Dylan. Who wouldn’t attempt to gain some distance from an artistic creation that was pummeled by “those in the know”?

I believe it was a mechanism he used to inform the world that their attempts to pour salt in the wound did not affect him, and that Self-Portrait was nothing more than a pre-emptive attack against those that would attack him for revealing his more vulnerable side. One could also theorize that the criticism hurt his ego in a way that caused him to rethink the project. To this point, Dylan had been told he was a genius, a ‘voice of a generation’, and as much as Dylan stated that he loathed that title, saying he was “just a guy that wrote songs”, it had to hurt a little to have those titles stripped from him, as opposed to him disavowing them. Therefore, he basically tried to give the project a deeper meaning that would redefine it, so he wouldn’t have to deal with the pain the criticism caused. I could be wrong, of course, but that’s my interpretation.

As opposed to the other three pastiche albums listed above, Self-Portrait was met with scathing, critical reviews. This may have been based on the fact that the critics didn’t think it was a very good album, and it may have based on the fact that the previous nine studio albums were labeled masterpieces by those same critics, and Self-Portrait was viewed as a fall from that lofty plateau. It also may be a result, and this is pure opinion, of the fact that most critics have never attempted to write a song, a novel, or do anything artistic. Their job is exclusive to criticizing those that do. Having said that, some critics have suggested that the rushed follow up of the album New Morning, four months later, was Bob Dylan’s attempt to get the world to forget that Self-Portrait ever happened.

Most apply the term ‘artist’ as a compliment to define the creator of artistic brilliance, but the term can be loosely applied to almost anyone that attempts to create art. There are poor artists and brilliant artists, in other words, but there is an almost universal mindset that those that attempt to create art share. When I write that I am an artist, therefore, no one should confuse the term artist with an egotistical leap.

As an artist that attempts to create art, and spends a great deal of time contemplating the art of creation, I may have a different interpretation of art than those that experience it from a critical perspective, or those for whom art is little more than background noise that requires top-of-the-line, creative brilliance to wake them from their hypnagogic slumber. An artist strives to understand another artist’s attempt at the point of inception, and they look beyond another artist’s top-of-the-line, creative brilliance to find it.

In an appearance on The Charlie Rose Show, Robbie Robertson of The Band, said: “Something happened to (Bob Dylan) in his youth where he just decided to write off all the rules.”

This quote gets to the core of this fascination for some of us. What happens in the life of a person that leads them to seek artistic nuance? We’ve all had bad things happen to us that form a foundation we spend the rest of our lives trying to recover from, or rebel against. We’ve all had great people in our lives that have encourage us to be even better, and those people help motivate us to do something on our own that defies the conventions and rules of our craft to do something different, but there is something different that happens in the formulation of an artist that goes onto create Highway 61 Revisited and Blonde on Blonde. What happened that set him apart? Was it a degree of pain that most don’t experience? Was he inordinately encouraged by those around him when he grew up, and what combination of events led to Bob Dylan developing such a unique perspective on music.

Those of us that have grown up in a world where Bob Dylan was always there, don’t understand how much he did in his time to shake everything up. The idea that Dylan changed the way music was written is almost a universally accepted fact. Did he change things more than Brian Wilson, The Beatles, or later Led Zeppelin? It would be an interesting argument, but in his own ways Dylan did change the landscape. What happened to these transformative artists that led them to not only believe that they had what it took to be transformative but to act it out in a bold and transformative manner, and can the answer to this question be found in their art?

As an artist that has spent a great deal of time discovering the top-of-the-line, creative genius of the fifty-six songs on Bringing it All Back Home, Highway 61 Revisited, Blonde on Blonde, John Wesley Harding, and Nashville Skyline, I didn’t bother investigating Self-Portrait. It was considered a two-star album, and a generally accepted failure. As an artist that has had his more vulnerable pieces slammed by his critics (friends of mine), I understand Dylan’s attempt to make everyone forget his self-portrait. I equate this album to Dylan getting naked for us, on record, and revealing himself in a manner that when people basically pointed and giggled at his vulnerabilities for the effort, it hurt. At the time of its release, some have said that Dylan was one of the most powerful artists in the world, and when he displayed the courage to get vulnerable for us, we ridiculed him for it.

As many have said, Self-Portrait is not a starting point, and its appeal may be limited to those that have already thoroughly digested the top-of-the-line, creative genius of the fifty-six songs on the prior five albums, but to my mind Bob Dylan didn’t separate himself from those in that top-of-the-line, creative geniuses argument, until I heard Self-Portrait. My definitions are not your definitions, of course, but those five prior albums didn’t speak to me on another, artistic level in the manner Self-Portrait did. I had reached a point, in my listening enjoyment, to recognize that Dylan had to be in the argument, in other words, but I never knew him as an artist until I heard Self-Portrait, and the Another Self Portrait edition of the bootleg series.

Top Ten Songs from both albums, for those looking to sample the best singles from this album (in no particular order).