My “Holy Crud!” moment didn’t happen as I sat before my computer, with gritted teeth, spelunking through caverns of my mind for ideas. It didn’t happen for me in the midst of writing one of the many articles I’ve written, trying to find some kind of artistic niche in the over-populated world of psychological articles. It happened when I was trying to put together a Lego project for my son received for his birthday, and the instructions informed me that I neglected to add a crucial tiny, seemingly insignificant, yellow, transparent Lego.

“Holy Crud!” moments walk up on us when we least expect it, like a long lost lover we’ve never met before. “Where have you been all my life?” we ask when we eventually fall in love with them. Our romance doesn’t follow the format of a ’80’s romantic comedy, as we rarely fall in love with them on sight. Once we get to know them, through something as small and beautiful as a tiny, seemingly insignificant, yellow, transparent Lego, and they aid in modifying our personal philosophy, we develop an intimate relationship with them.

The difference between “Eureka!” moments and “Holy Crud!” arrives in moments in which we’re at a crossroads of ideas. If there are only two roads from which to choose, a “Eureka!” might provide a third road, whereas a “Holy Crud!” idea doesn’t provide a new road so much as it provides a new look to a worn path. We might think of this in terms of one of the old 1960’s overhead projector that we used in schools from the 60’s to the 90’s. Users of such projectors could place a transparent sheet over another to alter the projection on screen. The “Holy Crud!” moment places a new transparency over ideas we thought we thoroughly explored.

Our sixth grade teacher, a nun, asked the class what word we used when we were angry or frustrated. We sheepishly declined to answer aloud. When she asked us what word we used when we were excited. We sheepishly declined to answer. “You use foul language when you’re happy?” she asked. “What about when you’re curious or sad?” We all smiled at each other conspiratorially knowing that our lexicon was Not Safe for Nuns (NSFN). We took great pride in knowing all of the naughty words our teenage friends used, and we defined ourselves in our peer group by using them in context. I know I risk losing standing in the cool community by choosing a less explosive word, but in memory of my long since departed sixth grade teacher, I’ll stick with the NSFN word crud to prove my point. 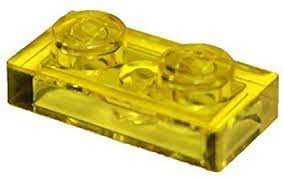 As the Philosophy of the Obvious article states, our Lego adventure began with us ripping the cellophane away and cracking open the little packages of pieces inside. The excitement to complete the project led us to ignore the systematic instructions that the company provides its customers. “We don’t need no stinking instructions!” I said to the enjoyment of my son. “A trained chimpanzee could figure this thing out. Right? Give me some!” we said slapping skin.

After we ripped the cellophane away then cracked open the little packages of pieces inside, we snapped the big blocks together. For those of us who aren’t great at building things, putting the first five to six big blocks together provides a sense of satisfaction. “It looks just like it does on the cover,” we say. When novices don’t follow the systematic instructions the Lego company provides its customers, we eventually encounter a problem. We encountered our problem about a fourth of the way through our project. One of our large constructs didn’t snap into another one quite right. It made no sense. It made so little sense that we had to drop the ego and consult the instructions. The instructions informed us that we would have to tear all of our hard work apart to insert a crucial tiny, seemingly insignificant, yellow, transparent Lego. In our frustration, we wondered why the Lego designer didn’t just include an extra little extension on the larger piece to render the little, yellow Lego unnecessary.

After we complete the reassembly, and our frustration subsides, those of us with a mind’s eye so open to philosophical nuggets that we see philosophy where it probably does not exist consider the idea that there might be a philosophical component behind the Lego designer making the tiny, yellow piece so mandatory for completion.

In most real-world constructs, the little parts are as important as the big ones, and sometimes they’re more important. The spark plug might be one of the smallest parts on a car, for example, but if it’s not firing properly in a spark ignition system, proper combustion is not possible, and the process by which we achieve transportation doesn’t work. Perhaps, the Lego designers wanted their loyal customer base to recognize that some of the times, the seemingly insignificant is more relevant and more important, or as Heraclitus said, “The unapparent connection is more powerful than the apparent one.”

“Life is filled with trivial examples,” Dennis Prager once wrote. “Most of life is not major moments.”

When developing a personal philosophy, most of us prefer to go it alone. We don’t want to listen to our parents, various other authority figures in our lives, or the proverbial instruction manuals of the way to live. “We don’t need no stinking instruction manuals.” We enjoy putting large concepts and constructs together to figure matters out, and we attempt to design our personal philosophy without the need for tiny, seemingly insignificant, yellow, transparent ideas. At some point, we realize we’ve made mistakes, but we won’t know how to fix them until we consult instruction manuals that detail the need to incorporate the transparent, yellow ideas to unlock larger, more confusing and debilitating complexities that inhibit us. After we reconstruct our project, we realize that that the crucial, unapparent connection we failed to make was so obvious that it was staring us in the face all along.

Once we learn philosophically obvious tenets and incorporate them into our life, we consider them so obvious that we convince ourselves that we knew them all along, or we can’t remember ever thinking otherwise. Yet, we lived a chunk of our lives without knowing anything about the tiny bricks in our foundation, and our mind somehow adjusted to those deficiencies.

How often do we subconsciously adjust to limitations or deficiencies? How many of us didn’t know we were colorblind, until some science teacher, in junior high, asked us to complete a colorblind test. If we failed it, and the science teacher told us that we were unable to distinguish the color red properly, we adjust to that reality going forward. The more interesting question is how did we adjust to that deficiency before? How often did we adjust to our inability to distinguish red for twelve years? What kind of adaptations did we make, in our daily life, to compensate for something about ourselves we didn’t know. How long do we some suffer through school before discovering that they are dyslexic? As one who is fortunate to have never suffered such deficiencies, I think it might blow my mind to hear such a diagnoses after suffering in the dark for so long.

The mind-blowing reactions I’ve heard to people who learn of such a diagnosis, is that they don’t have much of a reaction. They say things like, “It made sense that the reason I was having trouble reading … or the reason I couldn’t match my clothes well … was because of a deficiency.” Most such sufferers don’t think about all the struggles they’ve endured, and how learning the diagnosis would’ve made their lives easier if they learned it earlier. Most don’t consider the information earth shattering, they just move onto the next phase of life that involves them approaching such matters with the diagnosis in mind. How many adjustments do we make prior to finding the tiny, seemingly insignificant, yellow, transparent blocks of information we learn. We just adjust, adapt, and move on. “Nothing to see here folks, just a fella doing what he does.”

Regardless how we arrive at this place, or exit it, we gradually move to the philosophy of the obvious. It can take a while to uncover what we’re trying to write about in an article, and on a website, but some of us uncovered our whole modus operandi (M.O.), our raison de’etre while trying to do something as relatively insignificant as cobbling a bunch of Legos together. This otherwise trivial experience in my life proved an embarrassing, humbling, and illuminating experience that changed the scope of this website.

The early posts on Rilaly.com began as a warehouse of the weird. We were weird for the sake of being weird, as we sought to shock ourselves out of our comfort zone into new ideas. After a couple posts, we found the immediate properties such pursuits offer aren’t as rewarding as we initially thought they might be. We were weird for the sake of being weird, and we found that we were able to dismiss those ideas as frivolous. “He’s just weird, nothing to see here!” We had greater goals of discovery that we couldn’t see, and we loathed it that we were able to dismiss our ideas so easily. Our secondary goal was to be so unfunny that we might be funny, but our greater goal was to discover our deep thoughts as they lead to greater discovery. This led us to the notion that while a shock to the system might move us from our comfort zone temporarily, a provocative thought might modify our thoughts on a matter. To make such a progression, we initially considered it natural to move to big philosophical concepts and profound philosophical constructs, but as the philosophy of the tiny, seemingly insignificant, yellow, transparent Lego taught me, some of the times it requires a move down the scale to the philosophy of the obvious.