In a study published in Journal Science, researchers found that flies have the fastest visual responses in the animal kingdom. The study suggests that this rapid vision may be a result of a mechanical force that generates electrical responses that are sent to the brain much faster, for example, than our eyes, where responses are generated using traditional chemical messengers. The fly’s vision is so fast that it is capable of tracking movements up to five times faster than our eyes. 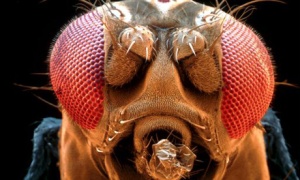 I realize that the fly would trade this one strength for even twenty-five percent of our brain power, but one has to wonder why the fly was given such an incredible eye compared to our relatively weak one. Why would we be granted the most complex brain in the animal kingdom, and not have the physical advantages inherent in the eye of the fly, the ears of the owl, the various sensory receptors of the snake, or the nose of the bloodhound? Wouldn’t we be able to better use those gifts better than those mindless animals, and insects, that don’t know enough to appreciate it?

The obvious answer, from the Darwin perspective, is that humans don’t need these extra senses for survival, or to avoid predators. The more interesting perspective, I believe, is that having an extra sense would prove such a distraction that it might inhibit the tedious, arduous process of developing the complex human brain.

In every young human child’s development, there is a constant push and pull. Parents and teachers push children to develop habits that they hope will eventually develop that brain as it matures. They know that if that child is going to find any measure of success within the species, he or she will need to be pushed to develop that brain to capacity in a manner that can be painstakingly, gradual. Some would argue that no human ever reaches the maximum capacity of the brain, but it’s not much of a reach to suggest that if we were distracted by a super sense we wouldn’t come as close as we currently do.

Although there are numerous benefits to a young child engaging in athletics, it could be argued that it is an impediment to the optimal development of the brain. We’ve all known exceptionally gifted athletes. We’ve all seen them receive preferential treatment in classrooms, and we’ve all seen this impede academic achievement. The exceptionally gifted athlete is usually recognized early on, and while there are some attempts at developing a well-rounded character, everyone –especially the child— knows where the focus is.

“Keep your grades up if you want to maintain eligibility,” the adults surrounding the gifted athlete will say, but they rarely coach them to achieve academic excellence, and this is eventually displayed in the post-game interviews of those few elite athletes who have achieved the professional level. 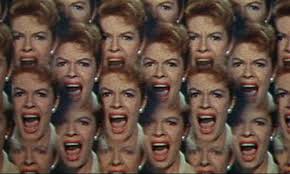 The same distractions can be found among the beautiful. Both genders learn that beauty is power, but most would acknowledge that the beautiful female has far more power in the room than anyone else, including the beautiful male. Most beautiful females learn, at some point in their lives, that no matter what they do in the classroom, their mental prowess will always be considered secondary to their physical attributes, and that they would be probably be better off if they just sat there and looked beautiful. They subsequently learn to speak less often, so as to silently soak up the power their beauty wields in the room?

Both of these superficial exaggerations could be called distractions in human development, and those who have these physical characteristics learn to employ their own distractions to keep people from focusing on their lack of intellectual development by criticizing those who wasted their time devoting precious resources to developing the brain.

“Did you read Lord of the Rings when you were a kid?”

“No,” the beautiful reply, “I was out getting laid.”

“At fifteen?” the nerdy brainiac asks, “because I read those books at fifteen.”

“You were getting laid so often that you didn’t have time to read?”

That exchange is not a direct quote from the TV show Friends, but it’s close. It encourages the idea that meaningless sex trumps any other activities of youth. “I was out climbing trees, playing football, listening to KISS, and collecting Star Wars cards.”

“Really, because I was out getting laid.”

Sex between immature individuals should be the goal in life. It is the end game, and the end of the conversation. No one ever thinks to ask, “What did all that sex end up doing for you?”

“Doing for me? What are you talking about? I was having sex when you were reading Tolkein, the comic strips Dondi and Peanuts, and all of those stupid Chose Your Own Adventures you nerds read.”

“Did you forge the relationships you had with these people in such a way that it helped you have more meaningful experiences that helped shape your life in profound ways in life?”

We’re not to question the idea that if we could’ve had more sexual experiences when we were young, we’d be better individuals now, or at least cooler people. Others drop the philosophy that if we had sex more often as young people, we wouldn’t be such a stick in the mud now. Some of us did have such an opportunity when we were nine or ten-year-old, but we turned them down because we were scared, and we weren’t ready. So, if we said yes to that incredibly beautiful sixteen-year-old babysitter, we’d be better people now?

Due to the fact that so many people laugh at such admissions now, we’ve been conditioned to feel shame, regret, and embarrassment about that fact. We feel shame admitting that, and we regret it almost every day. Why, because we have been conditioned to believe that that exchange of fluids will make us different people. This line of thinking gives credence to the idea that we never truly escape high school. We all wanted to be the cool kids in high school, and no amount of rationale will ever defeat this. Even when we reach our forties, and beyond, and we begin to appreciate our nerdy, reading youth for what it was, we still find it difficult to defeat the superficial, hyper-sexual Friends mentality.

On the flip side, no one would say that reading the Lord of the Rings series is an optimal component of a child’s development, it does put that child on the road to every parent’s holy grail: The love of reading. A goal made all the more difficult by the instant gratification philosophy put forth by the Friends show. It did not, nor will it ever make a person better or cooler person

For most of us, the opportunities to be sexually active at a young age were there, but some of us were too busy being kids, doing kid’s stuff, and as I wrote, we were simply too scared. When this Friends joke came along and told us that if we were truly cool, we should’ve been doing that all along, we regretted being that nerd that was too scared, enjoyed reading fantasy books, and mindlessly enjoyed our youth. We thought we missed out on something fundamental that made them better than us. In truth, such a philosophy will eventually catch up to them when the one thing that separated them from the pack, sexual activity, becomes more and more meaningless to them as they age. Like a drug user, they might vie for more and more of it for more meaningful sexual interactions, to try to recapture the euphoria they felt when they were virgins touched for the very first time. At some point, after a number of ruined marriages and meaningless encounters, they might realize that their life has amounted to nothing more than a series of superficial indulgences that have amounted to nothing more than a superficial life.

That’s another question I might have for these Friends’ types, if I agreed to have sex with my babysitter when I was nine or ten, would sexual interactions prove less meaningful throughout my life, or would it prove so meaningful that I would develop a sexual addiction? Another question, on the same plane, would sex become such a primary driver for me that the rest of the otherwise normal, youthful activities I experienced between 10 and 18 be rendered comparatively meaningless?

This trade-off would eventually rear its ugly head if we had the brains of a human, and the eye of the fly, or the hearing of the owl, or the nose of the bloodhound. Something wouldn’t be honed to maximum capacity, for any of these super senses would likely prove to be too much of a distraction to those easily distracted for those young minds undergoing the painstakingly boring, gradual, and humiliating process of human development, and our place atop the animal kingdom would surely be a little more tentative.